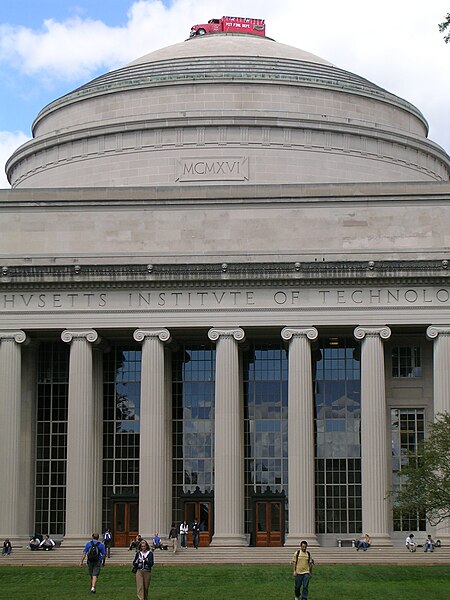 Computers built between 1964 and 1972 are often regarded as “third-generation” computers; they are based on the first integrated circuits – creating even smaller machines. Typical of such devices were the HP 2116A and Data General Nova.

Launch of IBM System/360. The first series of compatible computers, reversing and stopping the evolution of separate “business” and “scientific” machine architectures; all models used the same basic instruction set architecture and register sizes, in theory allowing programs to be migrated to more or less powerful models as needs changed.

Project MAC began at MIT by J.C.R. Licklider, who would become famous for groundbreaking research in operating systems, artificial intelligence, and the theory of computation.

“Our vision was that every student on campus should have access to a computer, and any faculty member should be able to use a computer in the classroom whenever appropriate. It was as simple as that.” – John George Kemeny’s reason for developing BASIC.

July 28, 1964: Ranger 7 launches and is the Ranger series’ first success, taking photographs of the moon until it crashes into its surface four days later.

The first broadcast of Gilligan’s Island, The Munsters, Bewitched, The Man from U.N.C.L.E, The Addams Family, Top of the Pops, Match of the Day, Jeopardy!, Jonny Quest, and the Up series; The Beatles appear on The Ed Sullivan Show.

The American Standard Code for Information Interchange (ASCII) was developed in 1963 to standardize data exchange among computers.

The first broadcast of General Hospital, The Fugitive, Astro Boy, The Outer Limits, and Doctor Who; The world watches in horror over the Assassination of John F. Kennedy.

On December 7, 1963, during an Army-Navy football game on CBS, the first instant replay was shown on TV.

Steve Russell creates “SpaceWar!” and releases it in February 1962. This game is considered the first game intended for computers.

The United States launches Telstar 1, which enables the trans-Atlantic transmission of television signals.

Aug. 27, 1962: Mariner 2 launches and eventually performs the first successful interplanetary flyby when it passes by Venus.

The first broadcast of The Tonight Show Starring Johnny Carson, The Beverly Hillbillies, Steptoe, and Son, The Jetsons, University Challenge, Elgar, That Was The Week That Was, first satellite television relayed by Telstar 1.

Feb. 12, 1961: The Soviet Union launches Venera to Venus, but the probe stops responding after a week.

April 12, 1961: Yuri Gagarin becomes the first man in space with a 108-minute flight on Vostok 1 in which he completed one orbit.

May 5, 1961: Mercury Freedom 7 launches on a Redstone rocket for a 15-minute suborbital flight, making Alan Shepard the first American in space.

May 25, 1961: In a speech before Congress, President John Kennedy announces that an American will land on the moon and be returned safely to Earth before the end of the decade.

The first IBM Selectric typewriter was released on July 27, 1961, and introduced the typeball.

In September 1961, DEC donated the PDP-1 to MIT, where it was placed in the room next to its ancestor, the TX-0 computer, which was by then on indefinite loan from Lincoln Laboratory. PDP-1 helps solidify hackers’ ideology such as all information should be free.

The first broadcast of The Avengers, The Defenders, The Dick Van Dyke Show, The Morecambe, and Wise Show, Car 54, Where Are You?

Sony introduced their first transistorized radio, small enough to fit in a vest pocket, and able to be powered by a small battery. It was durable because there were no tubes to burn out.

2,000 computers are in use in the United States.

General Motors puts the first industrial robot to work in a New Jersey factory. The robot is a 4,000-pound Unimate.

The top song was Percy Faith, so, NO.

Number 2 is much better.

Computers introduced between 1959 and 1964, often regarded as Second-generation computers, were based on discrete transistors and printed circuits – resulting in smaller, more powerful, and more reliable computers.

Jan. 2, 1959, the U.S.S.R. launches Luna 1, which misses the moon but becomes the first artificial object to leave Earth orbit.

May 28, 1959: The United States launches the first primates in space, Able and Baker, on a suborbital flight.

Aug. 7, 1959: NASA’s Explorer 6 launches and provides the first photographs of the Earth from space.

Sept. 12, 1959: The Soviet Union’s Luna 2 is launched, and two days later is intentionally crashed into the Moon.

1959 the first broadcast of The Twilight Zone, Rocky and His Friends, The Untouchables, Rawhide, and Bonanza (which runs for fourteen years).

Top Song of 1959: Actually, it was Jonnhy Horton’s Battle of New Orleans, but I don’t like it, so here is a much better one at number 2.

William Higinbotham created the first video game named Tennis for Two. It is an early video game which was exhibited at Brookhaven National Laboratory’s annual public exhibition and considered by some definitions to be the earliest video game ever made. It was on display for three days when originally displayed and returned the next year with a bigger oscilloscope screen and the ability to adjust gravity.

The game simulates a game of tennis on an oscilloscope attached to a Donner Model 30 analog computer. Players used custom made aluminum controllers with knobs to angle their shots, and a button in order to hit a ball back and forth. Unlike other early tennis-like simulations such as Pong, the ball is affected by gravity and uses a side view. The ball can hit the net or go out of bounds.

The Russian satellite Sputnik burns up as it reentered Earth’s atmosphere on January 4, 1958.

On Jan. 31, 1958 Explorer 1, the first satellite with an onboard telemetry system, is launched by the United States into orbit aboard a Juno rocket and returns data from space.

The first integrated circuit was first developed by Robert Noyce of Fairchild Semiconductor and Jack Kilby of Texas Instruments. The first IC was demonstrated on September 12, 1958.

On Oct. 7, 1958, NASA Administrator T. Keith Glennan publicly announces NASA’s manned spaceflight program along with the formation of the Space Task Group, a panel of scientists and engineers from space-policy organizations absorbed by NASA. The announcement came just six days after NASA was founded. This new agency is also in response to Sputnik.

President Eisenhower’s Christmas address is the first voice transmission from a satellite.

The first broadcast of Blue Peter, Quatermass and the Pit, The Donna Reed Show, Moonlight Mask, and The Huckleberry Hound Show. The quiz show scandals wipe out the $64,000 Question and Twenty-One.